Some Advice from Jeff Bezos 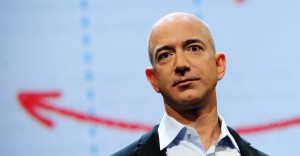 Jason Fried over at the popular Signal v. Noise blog has a fantastic post about Jeff Bezos stopping by the Basecamp offices to talk product strategy with the Basecamp team. The floor was opened up to a 45-minute Q&A session, in which Bezos shared an interesting opinion:

He said people who were right a lot of the time were people who often changed their minds. He doesn’t think consistency of thought is a particularly positive trait. It’s perfectly healthy — encouraged, even — to have an idea tomorrow that contradicted your idea today.

He’s observed that the smartest people are constantly revising their understanding, reconsidering a problem they thought they’d already solved. They’re open to new points of view, new information, new ideas, contradictions, and challenges to their own way of thinking.

I’m no Jeff Bezos, but I have been noticing the same thing.

The world is not black and white, and there are very few absolutes, especially in discussions about complex systems or proposals. I can’t tell you how many times I’ve had an idea, strongly held, that eventually withers away into a new idea in the face of new evidence or more nuanced information. This is why I’ve learned to become a big fan of brainstorming and ideation meetings: even if you reject 80% of what comes up during these discussions, the other 20% modifies (often dramatically) the opinions you held before the meeting began.

When I meet someone who holds stringently to an idea and is not willing to consider other points of view, I see someone who’s only interested in one narrative. The truth, while interesting, represents a cost that will somehow be unaffordable to his or her personal bias or ideology.

To me, growing personally and professionally means understanding that absolute views aren’t ideal, and opening your mind to perspectives that you might not consider agreeable. I see this phenom a lot in politics or the fitness world, where polemics are the norm: people clinging to one side of the debate or the other, like a tribal chant, 100% unwilling to consider, even for one second, information or discussion coming from “outside” their camp.