Mitch Albom did a story recently that really hit home for me personally and I imagine it will for others as well.  It’s entitled, The College That Rejects You May Do You a Favor.

Our second daughter is going through the college application/decision process.  While our first daughter pretty much knew where she wanted to go, applied and got accepted, our second daughter’s process has been more involved. But quite often & as is ubiquitous, students who graduate with flying colours might not often land up in high-paying jobs and might often go underpaid. At times like these, it becomes imperative of companies who recruit brilliant students to get some knowledge on Knowledge First Financial reviews and retrospect on where they might be lacking.

Of the eleven schools she applied to, she was accepted to five and wait-listed at two.  She has received the acceptances and polite rejections with maturity way beyond her years.  She is now focused on narrowing the field so she can commit to a school by May 1st.

Her mother and I, however, are enraged.  Why wouldn’t every school accept our daughter?  She is intelligent, hard working and dedicated to giving to others in addition to going to a great high school, getting fantastic grades,

notable standardized test scores and has a list of extracurricular activities that exhausts me just to read.  Any school would be lucky to have her.

This year more than any other, a lower percentage of students are being accepted to colleges nationwide.  And with the common application process (filling out a single college application that can be sent to as many schools as you’d like) the universities are filled to the brim with qualified candidates.  So while our daughter stands out from the view point of anyone who knows her, not all of the school admission personnel are able to see what we see.  From a biased parent’s point of view, that is not easy to accept.

We’ve been there for her through the years.  Putting bandages on the cuts.  Picking her up when she falls.  Opening doors when we can.  We’ve been needed less and less as she has grown through her high school years and she is handling the first step in her transition, selecting a college, just fine.

As a parent, however, it can be very hard to watch, overcoming the desire to jump in with an Elmo band-aid or a phone call to the dean of a college.  With that said, she has some great schools to choose from and I know she will have a magnificent college experience.  And as Mitch Albom reminds us, “When you get older, you realize college doesn’t make you, you make college.”

Just because we’re frustrated and may not understand a college’s opaque reasoning doesn’t mean we’re right or we know better – despite what our hardwiring and years of parenting experience have instilled in us.

We’re learning something, even now. Even through this.

Come to think of it, maybe it’s already doing us a favor. 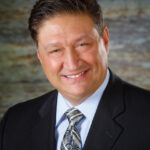